This is an excerpt from the April 30 edition of the Austin Politics Newsletter. To get daily breaking news and analysis on city politics, click here to subscribe.

Here are some stats on the Austin real estate market I received recently from Bramlett Residential Real Estate: 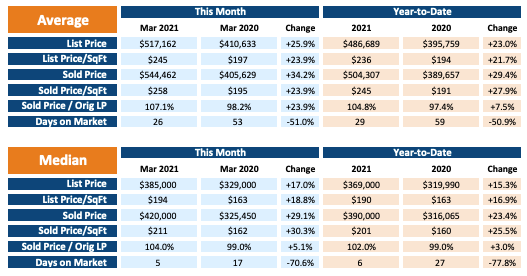 Perhaps the pandemic has prompted something of a national housing bubble, but the skyrocketing prices in Austin are just an acceleration of a long-term trend. Austin’s booming tech sector and its cultural status will continue to attract wealth and home prices will respond accordingly.

This situation offers a prime opportunity to make the case for housing reform. And yet, unless housing advocates change the way they talk about the issue, nothing will change.

What they need to do is pretty simple. They need to start talking about the middle class.

There are a few reasons you talk about the “middle class.” First, it’s a term that a broad swath of Americans identify with, even if in many cases they are too poor or too rich to fit the description. Far fewer people think of themselves as “low income,” and if you talk about helping the low-income, most assume that that help will come at their expense. This is probably compounded by racial resentment where whites assume that efforts to help the poor only help minorities. Ronald Reagan understood this well.

The good news is that, because Austin is much more liberal politically than America as a while, I don’t think city leaders face the same risk of backlash in advocating for the poor as leaders at the national level (the likely passage of Prop B notwithstanding). But the poor alone do not constitute a winning political coalition. And they’re not the only ones being hurt by Austin’s reactionary housing policies.

The problem is that we need housing to serve the huge percentage of Austin’s middle class that does not qualify for income-restricted housing but is not able to afford the skyrocketing prices that the restricted market is producing. Just check out these income levels: 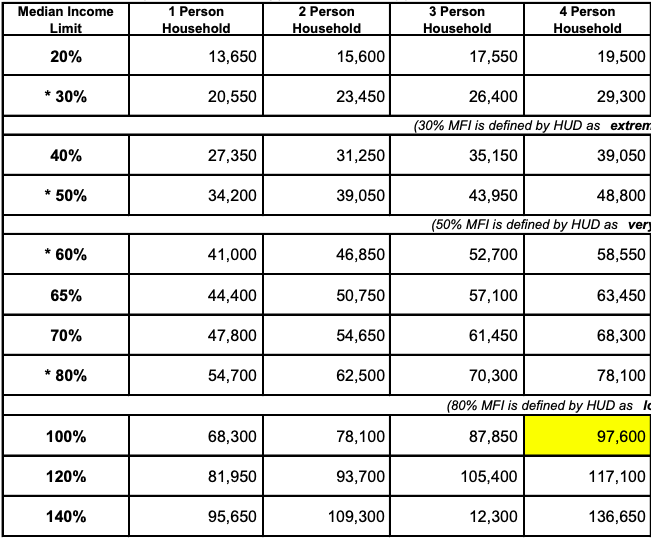 Here’s the question that every Council member should answer: Where do you believe your staffers who are making $50-75k/yr can afford to live? Assuming you’re not going to give them giant pay raises, what can you do to help them afford a home in this city?

Assume that Council aide is lucky and has a spouse or partner that makes the same amount of money. Even if we assume they don’t have significant student debt (which many do), where in this city can they realistically aspire to buy a single-family home? I’m not even going to bother with the Central Austin neighborhoods where barely anything is listing for under $1M anymore. Let’s look at what’s available north of Rundberg: 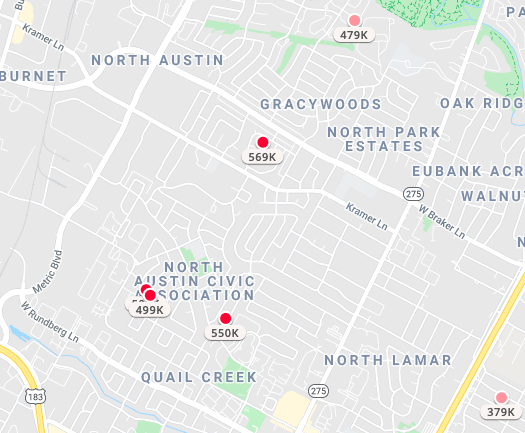 Or University Hills and Windsor Park: 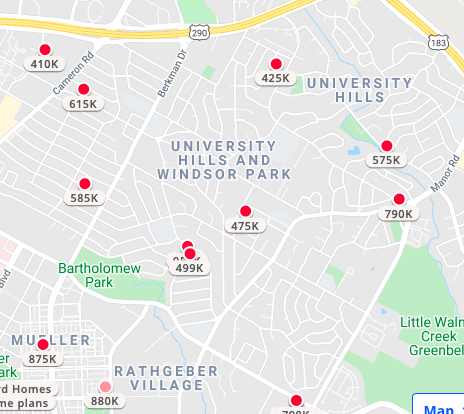 Or south of Stassney and William Cannon: 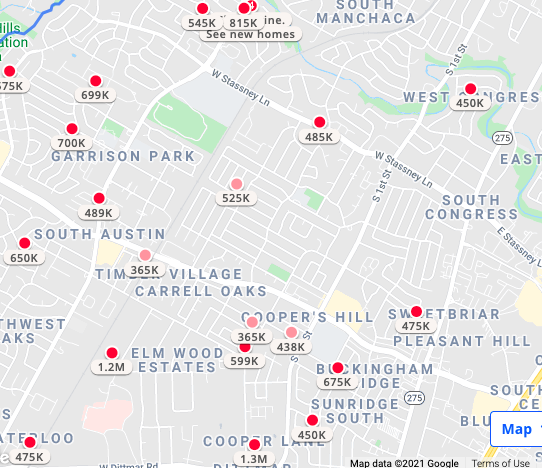 And it’s only going to get worse.

So what “character” is our current code protecting? What character is being preserved by zoning that does not allow anybody who can’t afford 5,750 square feet of land into a neighborhood? It’s not a middle class character, that’s for sure. In my own neighborhood of Southwood, just south of Ben White, bungalows are being scraped left and right to be replaced by large single-family homes or duplexes that hardly any of the longtime residents or families of the children who attend nearby schools (Joslin Elementary, Crockett High) can afford. This is the recurring scene:

As Austin grows, there are going to be more and more people who want to live in the city and are willing to buy smaller units in exchange for being in a great neighborhood, a shorter commute, walkable amenities. These people will be looking for advocates at City Hall. Now is the opportunity to show them who’s on their side.

This is an excerpt from the April 30 edition of the Austin Politics Newsletter. To get daily breaking news and analysis on city politics, click here to subscribe.