This is an excerpt from the Oct. 4 edition of the Austin Politics Newsletter. To get daily breaking news and analysis on city politics, click here to subscribe.

Unlike most people who work in Republican and conservative politics, Michael Searle says that one of the main reasons he got involved in government work was his disgust with the criminal justice system.

“I read The New Jim Crow and The Rise of the Warrior Cop and they really had an impact on me,” he told me in an interview over the phone last week.

To that end, from 2013-14 he worked for Rep. David Simpson, a Republican with a strong libertarian streak from Longview. Searle wrote a white paper for Simpson recommending ending civil forfeiture, decriminalizing marijuana, barring no-knock warrants, requiring warrants for body cavity searches in traffic stops, requiring all SWAT raids to be filmed and establishing a statewide database for warrants issued. On some of those issues, he made progress, on others, not so much.

Later he worked for conservative Council Member Ellen Troxclair. Although Troxclair opposed the “fair chance hiring” ordinance that barred employers from including questions about criminal record on job applications, she voted with the rest of Council to oppose a proposed police contract because of the cost of the proposed pay increases. It was an issue of “fiscal responsibility,” Searle recalls.

Having seen the potential for bipartisanship on criminal justice reform, Searle has been disheartened by the polarization on the issue in the past year-and-a-half. There was a moment following George Floyd’s murder, he says, when he believed an opportunity for major change was possible. 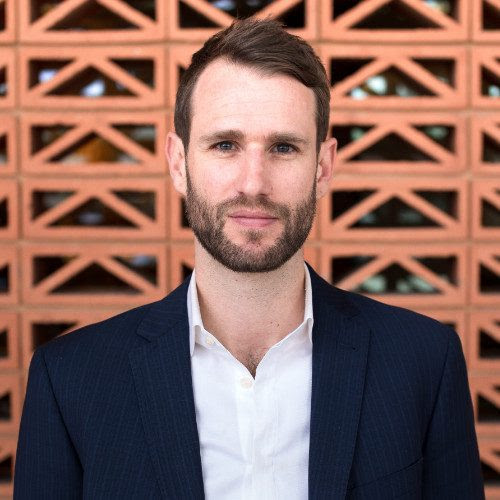 Instead, the division only became worse. Locally, City Council rushed to embrace arbitrary cuts to the police budget supported by police abolitionists. The conservative backlash has been equally arbitrary: local Republicans are now pushing Prop A, which would commit the city to an enormous unfunded mandate to employ two officers for every 1,000 residents.

“It’s just not good public policy,” Searle says about Prop A. “In my view public policy should be outcome-driven…The metric should be murders (or other violent crime), not some arbitrary staffing level tied to population.”

Well, if murders are up, isn’t increasing the police force a logical response? Searle is unconvinced, saying the “jury is still out” on the relationship between police presence and violent crime.

He is not certain why murders have gone up around the country in the past two years, but notes that “violence tends to follow desperation,” of which there has been plenty throughout the pandemic.

Searle is wary of accepting city staff’s fiscal estimate of Prop A at face value, but says the increased police spending would force the city to raise taxes (more than usual) or make cuts elsewhere.

Searle, who three years ago led an unsuccessful campaign to require the city to undergo an efficiency audit, certainly believes the city could manage its money better. But it will be very hard for the city to fund the Prop A mandate without raising taxes more than usual or cutting into other core city services, he says.

“The city is spending money on liberal feel-good stuff but it’s at the margins,” he says. “The big chunks are police, fire, EMS and then parks.”

He asks: Are those who support enshrining a police staffing mandate in the city charter going to demand the same for the fire department? What about EMS?

Although Searle is opposed to Prop A, he is reluctant to take part in the No Way on Prop A campaign, which is leaning heavily on anti-Republican sentiment to defeat the initiative. (Whether or not it plays a role in his thinking, it is worth pointing out that those running the No Way campaign are his longtime political adversaries who have opposed his work on the efficiency audit, the Convention Center, Project Connect etc)

“When Trump was elected our brains broke,” he says. “We raised the volume on everything so high that we’ve completely lost the lexicon. Both sides are saying the other side are Nazis. The rhetoric around the opponents is so extreme. We’re demonizing each other. There are hundreds of these little fights happening all over the country and there is an aggregate and the aggregate is really dangerous.”

There are glimmers of hope for collaboration –– “Just recently you had Rand Paul in the Senate and AOC in the House file no-knock bills” –– but the dominant theme from both sides has been to use the issue for political gain but to make no meaningful policy changes.

“What has Joe Biden done on criminal justice since he was elected? Nothing.”

Searle says he knows a number of conservatives who are opposed to Prop A but they’re not going to say so publicly. Just as some City Council members likely went along with policies they didn’t support out of fear of being called a “racist Republican who doesn’t care about Black people getting shot,” conservatives fear being accused of betraying the blue.

“The way it’s framed is either you’re for defunding the police or for Prop A,” he says. “It’s not a binary thing.”

This is an excerpt from the Oct. 4 edition of the Austin Politics Newsletter. To get daily breaking news and analysis on city politics, click here to subscribe.