If you appreciated these candidate analyses, you should sign up for the Austin Politics Newsletter. It comes four times a week and offers in-depth analysis of city politics and policy.

Yesterday I looked at the “pro-housing liberals” running in Central Austin’s District 9 to replace Kathie Tovo, who is leaving after 11 years in office. Today I focus on the three other candidates. Yes, technically there are more but I’m not wasting my time on candidates who haven’t even tried to mount a viable campaign. 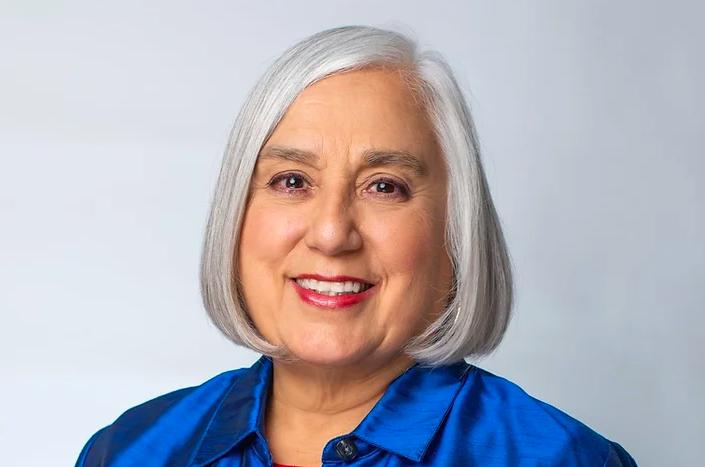 For the first half of 2022, the field of candidates in the District 9 race seemed almost too good to be true for supporters of pro-housing land use. All four declared candidates –– Leffler, Spearman, Qadri, Wald –– offered a stark contrast with the doggedly preservationist incumbent, Kathie Tovo, who was departing after more than a decade in office.

And yet, everyone knew there was no way the neighborhood protectionists would simply give up District 9. In June, longtime neighborhood activist Linda Guerrero, daughter of east side activist Roy G. Guerrero, declared her candidacy, along with the support of Tovo and other leaders of Austin’s slow-growth movement (Leslie Pool, Brigid Shea, Laura Morrison etc).

In Guerrero, 67, the preservationists have what appears to be a somewhat reluctant banner carrier. In addition to entering the race late, Guerrero has maintained her full-time job as a special ed teacher at Austin High during the campaign.

However, with the full-throated support of the older generation of neighborhood activists, Guerrero has quickly raised a decent amount of money and is considered by many to be the frontrunner in the race. She has the advantage of being the only candidate in the preservationist “lane” in a very crowded field. She is also one of only two women (and the only Dem woman) in a male-dominated field.

At the beginning of October, Guerrero had raised $63k and had $50k on hand.

Guerrero’s campaign reflects a constituency that does not view Austin’s housing crisis as city government’s top priority. The first two issues on her website are “Parks & Open Spaces” and “Support for the Senior and Disabled Community.” When affordability comes up later, there’s no mention of the city’s dire housing shortage. Rather, she describes new development as causing displacement and focuses narrowly on homeownership programs:

In the absence of a bond allocating billions to help people buy, homeownership programs, such as the city’s community land trust initiative, tend to be small and largely symbolic. They do little to address the underlying cause of rising housing costs in a majority-renter city.

She also signals skepticism of changes to Austin’s ultraconservative compatibility standards, which are currently preventing the development of dense housing and retail on major corridors due to their proximity to single-family neighborhoods. Says her website: “If the height setbacks are relaxed, we need to consider the tradeoffs … the standards should come from a community-based process and not top-down (from) City Council.”

In a phone interview this week, she described herself as “all about consensus-building,” and highlighted her role in crafting the University Neighborhood Overlay that facilitated the dramatic densification of West Campus.

“It was incredible how we were able to bring this incredible model together by everyone being at the table,” she said. “As we grow we become like a very dense urban population, of course I see changes happening. It’s about process and managing that process so we get the best buy-ins” from stakeholders.

The problem, of course, is who is not at the table. Those who are not at the table are the future residents of the housing that is proposed, whether it’s a large apartment complex on a corridor or townhomes in a single-family neighborhood.

For instance, the future residents of Cady Lofts, a permanent supportive housing project proposed in the Hancock neighborhood. The developer sought a rezoning to be able to build four stories on a plot of land just west of I-35. Guerrero, chair of the Hancock Neighborhood Association’s zoning committee, sent a letter opposing the rezoning, which Council later approved.

Guerrero’s also strikes a far less ambitious tone on mobility than most of her opponents. As a member of the bond advisory committee back in 2016, she opposed including significant funds for bike infrastructure, claiming, “A lot of Mexicans aren’t going to be riding bikes.” (Julio Gonzalez Altamirano responded with census data showing that Hispanics were actually the most likely ethnic/racial group to commute by bike)

Similarly, Guerrero is cautious when describing Project Connect, expressing support but saying she is “concerned” about the “impact on local businesses” and “the environmental effect of the river crossing.” 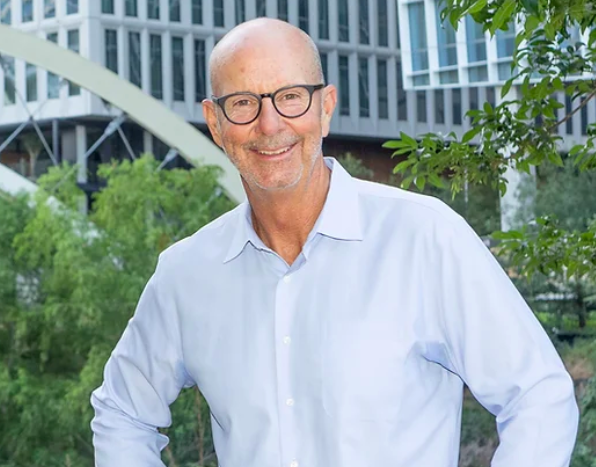 Smith is new to city politics and jumped into the race largely in response to concerns about public safety.

More about any particular issue, he believes “this election is about leadership,” which he says has been sorely lacking at City Hall in recent years. He believes Council has been derelict in its duty to protect public safety and that it has mismanaged the response to homelessness.

He is skeptical, for instance, in the “housing first” approach to homelessness.

He also believes Council’s efforts to “reimagine public safety,” has caused serious harm by demoralizing police officers and making it difficult for the city to recruit and retain cops.

“I’ve spoken to 16 different officers who have the ability to retire between now and March and only one of them said he might stay,” he said. “They all love Austin, they love the community, but they are extremely pissed at the way the City Council has portrayed them to the public.”

Council’s budget moves in 2020, which reallocated funds from policing to other social services, have made Austin “a less safe town,” he said.

He nevertheless stresses his support for police accountability, and tells me that he was initially skeptical of the proposed police oversight ordinance that will be on the ballot in May but was convinced through a conversation with a supporter to back it.

He earned the endorsement of Save Austin Now, which he embraced while noting that he doesn’t agree with the group on everything. When I asked him if he’d supported the SAN-backed police staffing proposition last year, he sounded uncertain.

“I don’t believe I supported that,” he said.

Politically, he describes himself as moderate, saying he liked both Obama and Reagan. He believes Bill Clinton was the best president of his lifetime.

On housing and transportation, his views are more in line with urbanists. He believes the supply shortage is a major driver of housing costs and is incredulous at the way the city gets in the way of building new housing. He believes it’s inexcusable that Council hiked parkland fees on residential developments, even if the fee increase that was passed was much lower than what city staff proposed.

“We have to take full advantage of every opportunity we have to put more units on the ground, especially around the transit corridors,” he said.

He highlights the potential redevelopment of the site that is currently home to Trek Bicycles (formerly Bicycle Sport Shop) at S. Lamar and Barton Springs Blvd: “We have to have that project be as dense as possible,” he said.

He has little patience for potential objections to tall buildings in such locations: “If somebody opposes that, you know what I’d tell them, I’m sorry, too bad. You have to compromise and be compassionate about this solution.”

He sympathizes with the concerns about the rising costs of Project Connect but remains a committed supporter.

“I’m probably not perceived as the environmental candidate,” he adds, “but all of this is good for the environment. I don’t want more cars. I want less cars on the road. I want people to be able to get on their bikes and bike safely around town. If people want to walk and run, I want them to be able to do that.”

Smith, 57, is a native Austinite and a graduate of what is now Navarro High School in North Austin (formerly Lanier). He lives in Bouldin with his wife and is currently a VP at Greyhawk Insurance, where he’s worked for 10 years. Before that he spent 26 years working in golf, including 12 as the director of golf operations at the Barton Creek Resort.

When it comes to housing and development, there is at least one issue where he disagrees strongly with a lot of urbanists. He is staunchly opposed to Lions Municipal Golf Course becoming anything but a golf course. “That’s the hill I’ll die on,” he says.

At the beginning of October Smith had raised $92k and had $55k on hand. 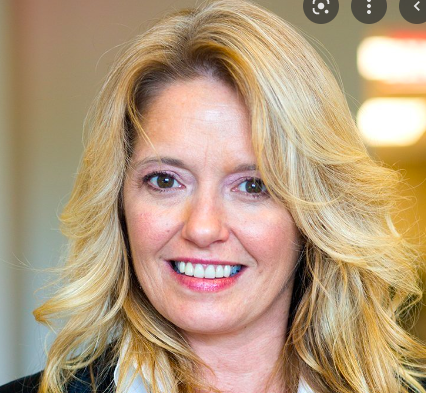 You’d never guess from Kym Olson’s campaign website that she was once an influential political insider.

The rambling “About Me” section, where she describes herself and her views, looks and feels like an early aughts Live Journal:

She describes the status quo in apocalyptic terms and denounces unspecified “projects” and “grandiose plans” that she says the current city leadership is pursuing at the expense of basic services.

“Health and public safety are both in a state of disaster,” she writes.

In an interview, she distinguishes herself from the field by saying that she is the only one talking about reforming Austin Energy and Austin Water to ensure the reliability of water and power. Olson, who lives in Bouldin, claims that there are “blackouts in my neighborhood every couple of weeks.”

Asked why she believes the outages are occurring, she replied, “I don’t know. Density?”

At another point in the interview, however, she suggested that the utility’s generation mix may be to blame, and believes customers should be able to choose to source their power from natural gas, which she says is more reliable than intermittent renewable sources.

But AE’s energy portfolio has nothing to do with whether you can turn the lights on. The utility’s energy generation is separate from its distribution business, which receives energy from the ERCOT grid and distributes it to local customers. The utility could shut down all of its power plants and people’s lights would still turn on.

She spent many years as a lobbyist at the legislature, working with a number of high-paying clients, including the Texas Trial Lawyers Association and oil and gas companies. A few years ago she joined the Texas State Guard, where she is now a captain and serves as assistant public affairs officer.

She concedes she hasn’t raised much money or done much campaigning, and says she was surprised to discover that other candidates would devote themselves to the endeavor full-time. She is working full-time at Camp Mabry.

Although she has only raised about $5.5k, she received a $50,000 loan from her sister, leaving her with $55k on hand at the beginning of October.

She’s a monumental underdog, of course, but at least one campaign veteran I spoke with believes she could perform unexpectedly well, especially given the crowded urbanist field. The miracle scenario involves Olson garnering the support of a good chunk of conservatives as well as a large number of uninformed voters who default to one of the two female candidates. In this scenario, Olson would sneak into second place with 15% of the vote amidst an extremely fractured field of liberals.

“Let’s not be fooled by those keeping our eyes to these bright, shiny stars in the sky of futuristic visuals of a Jetson’s family reality. Let’s put a foundation down before building up further and before the house of cards falls. Vote for me, Kym Olson, rescue, restore, rebuild our city together. Bring back the peace, love and soul to our Austin community.”

If you appreciated these candidate analyses, you should sign up for the Austin Politics Newsletter. It comes four times a week and offers in-depth analysis of city politics and policy.

One thought on “The less liberal D9 candidates”